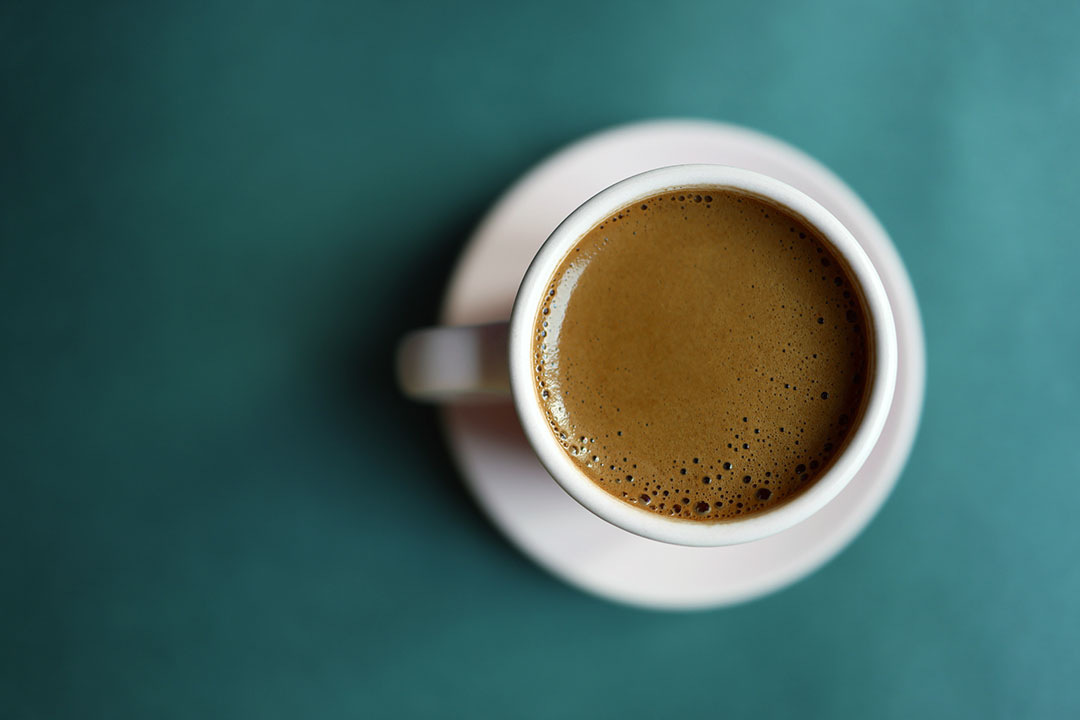 Coffee is the wake-me-up of choice for many. And while you often grab that morning cup of joe without thinking, it actually has an interesting backstory on how it came to be in front of you and how it has continued to evolve over the years. Thankfully, we’re here to help you be in the know (and to wow your friends with some random coffee-talk trivia). So, grab your favorite blend, latte, or expresso, and take a quick scroll through these 10 fun facts about coffee and some surprising health benefits it can offer you.

That’s right! Those coveted beans aren’t beans at all. They are actually the seed or pit of a coffee cherry. Coffee cherries grow in clusters on the branch of a Coffea plant. Each cherry is about the size a grape, and you’ll often find two “beans” per cherry.

Like other stone fruits (plums, peaches, olives), coffee cherries are edible to eat and have a rather sweet, refreshing taste. But the real star is the seeds inside, which is a good thing because they take up most of the space and there is very little room for the actual fruit. 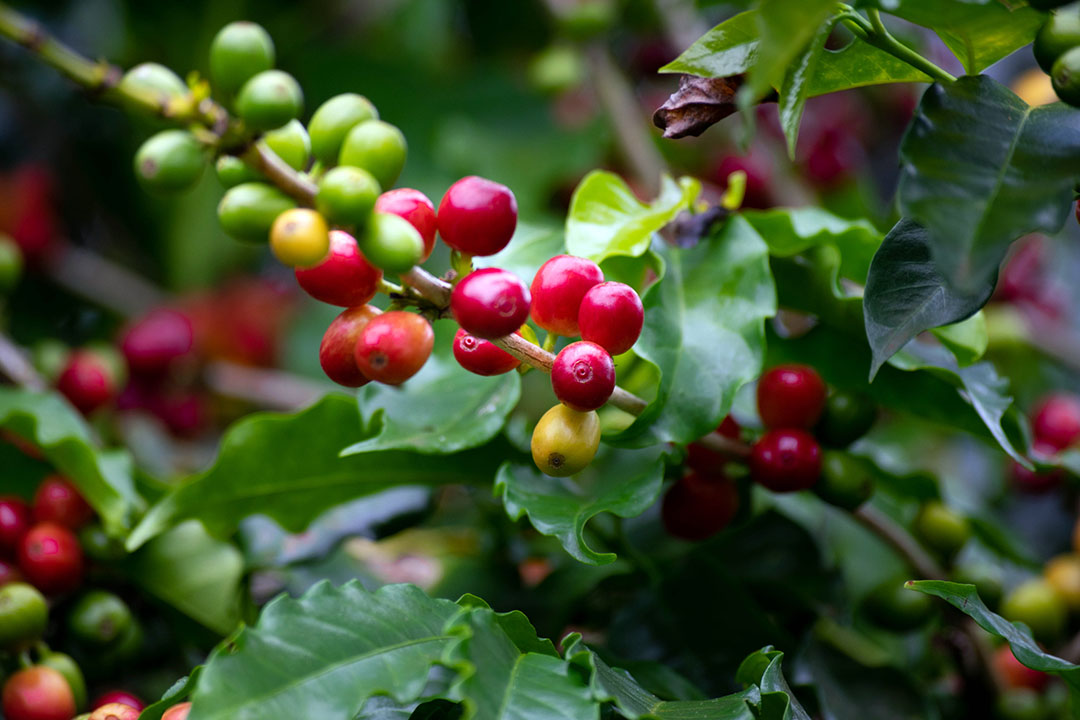 Another fun fact about these seeds is that they look nothing like the dark brown beans we brew coffee from. Raw seeds are greyish-green or yellowish-green in color. It isn’t until they go through the roasting processes that they turn from green to brown. The longer coffee beans are roasted, the darker brown in color they become.

2) We can thank the goats for our coffee.

There’s an Ethiopian legend that attributes the discovery of coffee and its energizing effect to a 9th-century goat herder named Kaldi! According to the National Coffee Association, he noticed that after the goats had eaten the fruit of the Coffea plant, they became so energetic they appeared to “dance” and did not want to sleep at night. Kaldi reported his findings to a local monk who made a drink from the fruit and found it helped keep him alert in the evening during long hours of prayer. And, the origin story of coffee came to life.

Despite its worldwide popularity (over 1 billion people drink it), coffee is primarily grown in just a handful of countries. In fact, in 2020, the top 10 biggest coffee-producing nations held 87% of the commodity’s market share, with Brazil being the biggest powerhouse holding 37.5 percent of the market share. The nine runners-up include Vietnam, Columbia, Indonesia, Ethiopia, Honduras, India, Uganda, Mexico, and Peru.

In the United States, while we are one of the biggest consumers of coffee, we produce very little. Coffee is only grown in two states, Hawaii and California, and in Puerto Rico. 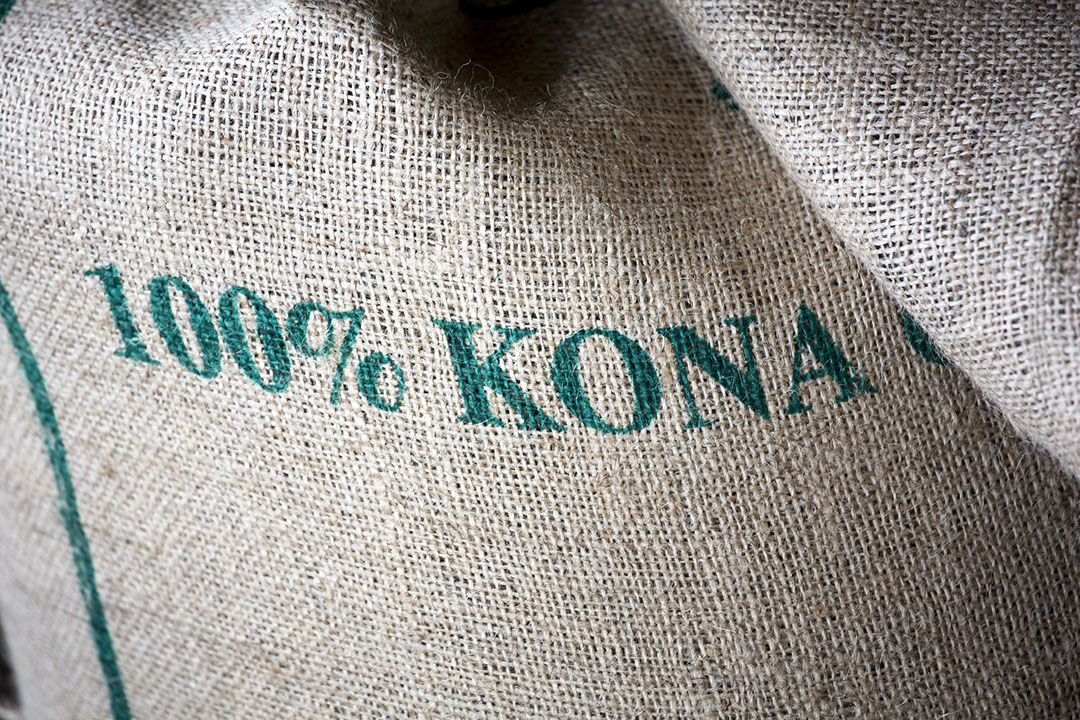 Hawaii’s Kona “coffee belt” is about 2 miles wide and is located on the slopes of the Mauna Loa volcano. With its rich black, volcanic soil, this region offers perfect growing conditions for the coffee plant and is responsible for producing some of the finest, premium-brew, coffee beans in the world.

Another less known fact, coffea plants can be indoor plants too! So you can grow your own beans if you’re into that!

Over the years, some leaders have seen coffee as a threat to the traditional thinking. In 1551, leaders in Mecca thought it stimulated too much radical thinking and outlawed the brew. A few Italian clergymen thought it would corrupt their congregations and tried to label it Satanic. (Fortunately, Pope Clement VIII tried it out, labeled it delicious, and gave it the Papal blessing instead). Plus, the King of Sweden in the 1700s put a heavy tax on coffee imports hoping to make some money of the popular drink. When it went largely unpaid, he outlawed the sale of coffee and a lucrative black market trade emerged for people importing coffee into the country.

5) A coffea plant produces caffeine to protect itself.

Caffeine is bitter-tasting and toxic to many insects. That makes it a natural pesticide and protector for the coffea plant! The reason for this? When exposed to large enough doses of caffeine, the nervous system in herbivorous insects stops producing essential enzymes, which often leads to paralysis and eventual death. But in addition to being a great natural pesticide, caffeine serves another role in the coffea plant. It helps attract pollinators so they keep coming back and prioritizing the plant!

6) The world’s most expensive coffee is harvested from animal poop.

One of the most sought-after coffee beans bought in today’s market is called Kopi Luwak. But it doesn’t come to your cup straight from the plant. It makes a stop with a cat-like animal called the Asian palm civet. 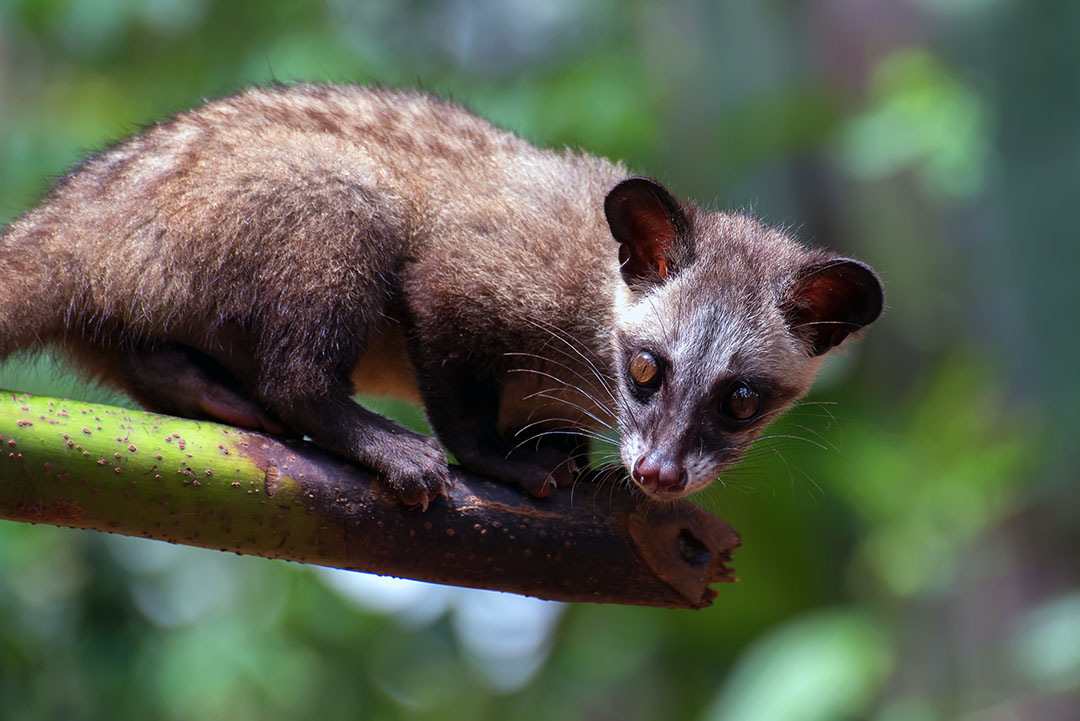 The civet eats fruit – including coffee cherries – as part of its diet. Because it is unable to digest the beans, the beans come out whole in the animal’s poop. The excreted seeds haven’t gone through unchanged, however.

Thanks to the digestive processes of the civet, these beans now boast a smooth, less acidic brew that many people enjoy… that is if you can move past the fact that they were once covered in animal excrement. Plenty do though and are willing to pay more than $600 a pound for a taste!

7) One cup of black coffee has one calorie.

Not many of us willingly drink our coffee black. But if you do, it’s only one calorie! Adding in sweeteners and creams jacks that calorie total up quickly so tread carefully if you’re getting creative with your flavors!

Ordering coffee can be an art form or a unique language in itself. Solo or skinny, coffee regular (and that doesn’t mean caffeine) or light and sweet. The list goes on and on… especially when you add in iced coffees, lattes, espressos, and more. Take note that most options do include cream and sugar. So if you want to skip those, order it black… but fair warning, it’s often strong too! 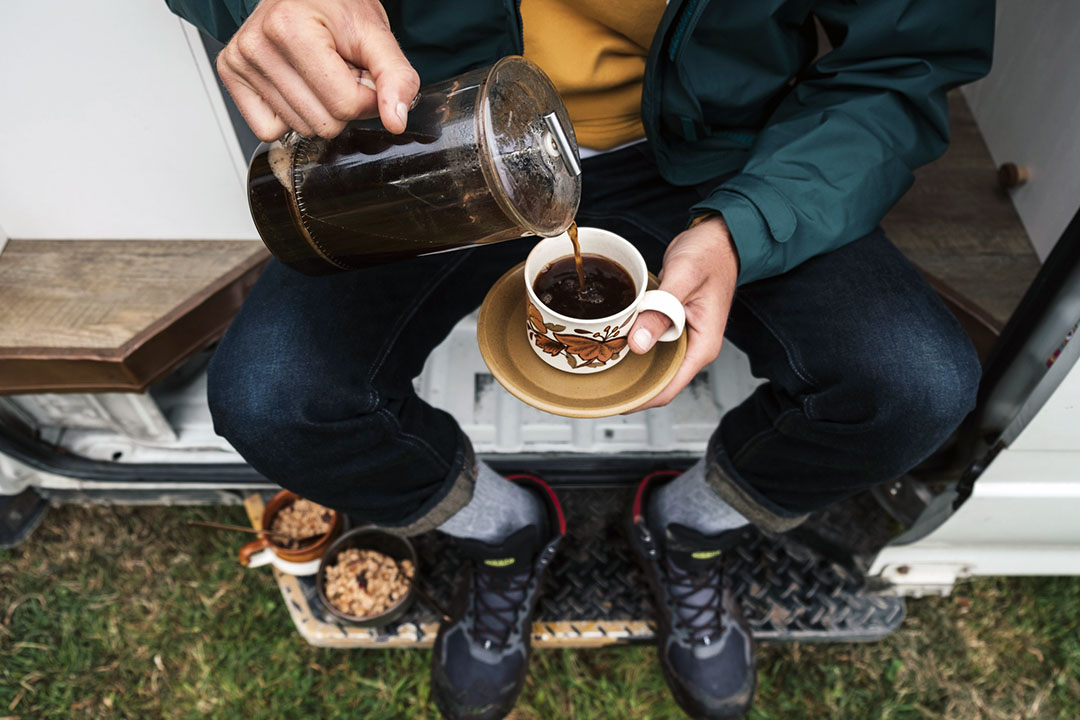 Even the most avid coffee lover will say that there is something about drinking coffee outdoors that takes it from great to amazing. It likely has to do with aroma and your senses being more in tune with nature, but regardless of the science behind it, it’s worth taking your morning cup of joe out on the deck or balcony and soaking up some nature while you idly sip its goodness.

Decaf coffee still has caffeine, although it’s only about 2-4% of the original brew. One of the most common decaffeination processes soaks green coffee beans in hot water with a solvent to extract the caffeine. But it is only 96 to 98% effective so if you can’t handle caffeine at all, skip the decaf too.

What are some health benefits of drinking coffee?

Whether you brew it at home or have to make a daily stop by your favorite coffee shop for a barista-level brew, you can count on it to help energize your mind, body, and soul. In addition to its energizing effect, coffee has also been linked to other help benefits. Coffee can also help you:

How much coffee can you safely drink a day?

It’s true. Too much of anything can have the opposite effect. Excessive consumption can make you jittery, cause sleep issues, raise your blood pressure and heart rate, increase anxiety, and more. But for the most part a cup (or even three) a day is okay, provided that you hold off loading it up with cream and sugar.

Tips for making your brew a healthier choice 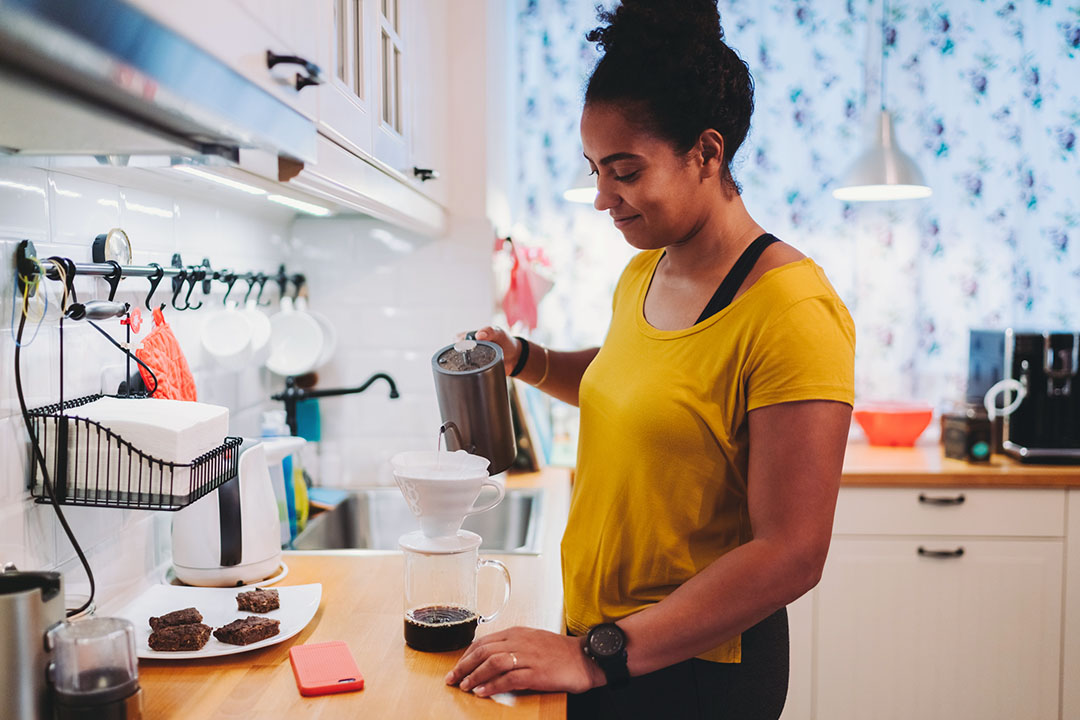 If you can’t drink coffee black, you can still enjoy your drink and make it healthy. Here are a few of our top tips:

Want to learn more about the foods you eat?

Talk with your local AlignLife Chiropractor and how they can help you improve your nutrition through functional nutrition lab testing and a customized nutrition plan today! Simply use the form below to schedule a visit: