(Health Secrets) Know anyone that is having childhood headaches? When we think about headaches, we probably think of adults. However, an increasing number of children experience chronic headaches, many with lasting health repercussions. The National Headache Foundation estimates 60 percent of all children suffer from headaches, and many children have them on a recurring basis. Even before entering school, roughly one-third of children experience a headache at some point. The good news is that real relief, not just the masking of symptoms, is available.

Headaches hurt children in many ways

Children with frequent headaches may suffer more in some respects than children with more physically devastating conditions, according to a study published in  Pediatrics that suggests headaches have a significant impact on children’s overall quality of life. The impact of these headaches is at least equal to that of other childhood illnesses which are often considered more severe and debilitating, suggesting that physicians should place more emphasis on their recognition, diagnosis and effective treatment.

The negative impact of migraine headaches on children’s quality of life was found to be similar to the effects associated with cancer and arthritis. Children with headaches were adversely affected in all areas of functioning, including school performance, emotional development, and physical health. In particular, children with migraines reported a higher level of impairment in school than children with other chronic diseases.

The incidence of migraine headaches in children tripled from 1974 to 1992, and more than half of the people who suffer migraines as adults had their first episode during adolescence.   According to Richard Lipton MD,  “A history of migraine may set children up for a lifetime of underachievement.”

Experiencing frequent childhood headaches means you are more likely to develop health problems in adulthood, including psychiatric disorders, says a study published in the British Medical Journal. These findings have implications for the health of today’s children and their future wellbeing. The research team found that children with frequent headaches were more likely to experience psychosocial problems and to grow up with an excess of both headaches and other physical and psychiatric symptoms. These findings confirm those with childhood headaches do not simply “grow out” of their physical complaints, but may instead grow into others, say the authors.

The brain itself is insensitive to pain. Headache pain occurs in the following locations:

Although the International Headache Society lists 129 different types of headaches, the general categories are tension, cluster and migraine with associated pain being described as sharp, stabbing, dull, throbbing and vice-like. Migraine with or without aura is the most common form of acute-recurrent childhood headache.

Although these things may trigger a headache, the actual cause of the headache is often a series of traumatic or repetitive micro-traumatic events, including motor vehicle accidents, contact sports, postural habits, whiplash and occupational tasks. Headaches and other symptoms may take weeks, months and even years to show up following these events. “The negative impact of chronic headaches on quality of life, families, and productivity can be significant and is generally underrated by the medical procession,” says the University of Maryland Medical Center.

Conventional treatment does little to correct the cause

Over-the-counter treatments such as Tylenol and aspirin may temporarily relieve the discomfort of a headache, but they do not correct the cause of headaches.   Moreover, use of these medications has been associated with bleeding ulcers, Reyes syndrome and kidney disorders. Taking painkillers on a regular basis can make subsequent headaches even worse, causing a condition known as rebound headache or medical overuse headache.   Lee Kudrow, MD, at the California Center for Headaches says, “Chronic use of aspirin actually promotes chronic tension headaches. ”

The Neurology Clinical Journal states, “Though medical overuse headache (MOH) is common in children, adolescents and adults, it is under-recognized and under-diagnosed. It is the most common cause of daily or near-daily chronic headaches. It is also the most common cause of chronic daily headaches in adult patients presenting to headache specialty clinics in the United States. Failure to address MOH in children could lead to dependence on narcotics or other addictive drugs in adulthood, as patients with MOH may develop tolerance to over-the counter analgesics.

Although headaches are not caused by just one specific source, a large amount of research clearly demonstrates that the majority of headaches for both children and adults are caused by problems in the cervical (neck) region of the spine.

The vertebra of the cervical spine can become misaligned because of excessive or repetitive stress. These misalignments, also known as vertebral subluxations, irritate the nerves in the neck and cause excessive muscle tension, all of which can contribute to a wide variety of headaches.

The birth process, even under normal conditions, is frequently the first cause of spinal stress. As the head of the infant appears, the physician grabs it and twists it around in a figure-eight motion, lifting it up to receive the lower shoulder and then down to receive the upper shoulder. This motion creates significant stress on the spine of the newborn.

Dr. Godfrey Gumann, a German physician, conducted a study of over 1,000 newborns shortly after birth. He discovered that over 80% of the infants had suffered trauma to their cervical spine, which resulted in vertabral subluxations.

According to the Merck Manual, “brachial plexus injuries follow stretching caused by shoulder dystocia, breech extraction, or hyper abduction of the neck in cephalic presentations. Injuries can be due to simple stretching or avulsion of the roots with associated cervical cord injury. Associated traumatic injuries such as subluxations of the cervical spine may occur.”

Abraham Towbin, MD, says ,”Spinal cord and brainstem injuries occur often during the process of birth, but frequently escape diagnosis. In these infants there may be lasting neurological defects reflecting the primary injury.”

Birth is just the beginning of growth for children. Babies are constantly moving, falling down and bumping into things as they explore their new world. The typical child will fall an average of twenty-five times each day while learning to walk. Children fall at the playground and off bicycles, bump their heads, and encounter numerous injuries during sports. These early subluxations build up in the body over the lifetime.

This “forward head posture” can be caused by heavy book bags, repetitive tasks and excessive time spent in front of video screens. Studies show that children spend more time sitting in front of electronic screens than any other activity besides sleeping. The average time spent with various media (televisions, computers and video games) is nearly four and one half hours per day among children aged 2 to 17.

An increasing number of parents are turning to Chiropractic for help. This only makes sense as the Doctor of Chiropractic specializes in the structure of the spine and its protective relationship to the nervous system.

Chiropractors detect and correct spinal misalignments by physically adjusting the spine to restore its proper structural position. This removes spinal stress and allows the nervous system to function correctly. The effectiveness of Chiropractic in resolving headaches has been well documented in research and case studies all over the world. 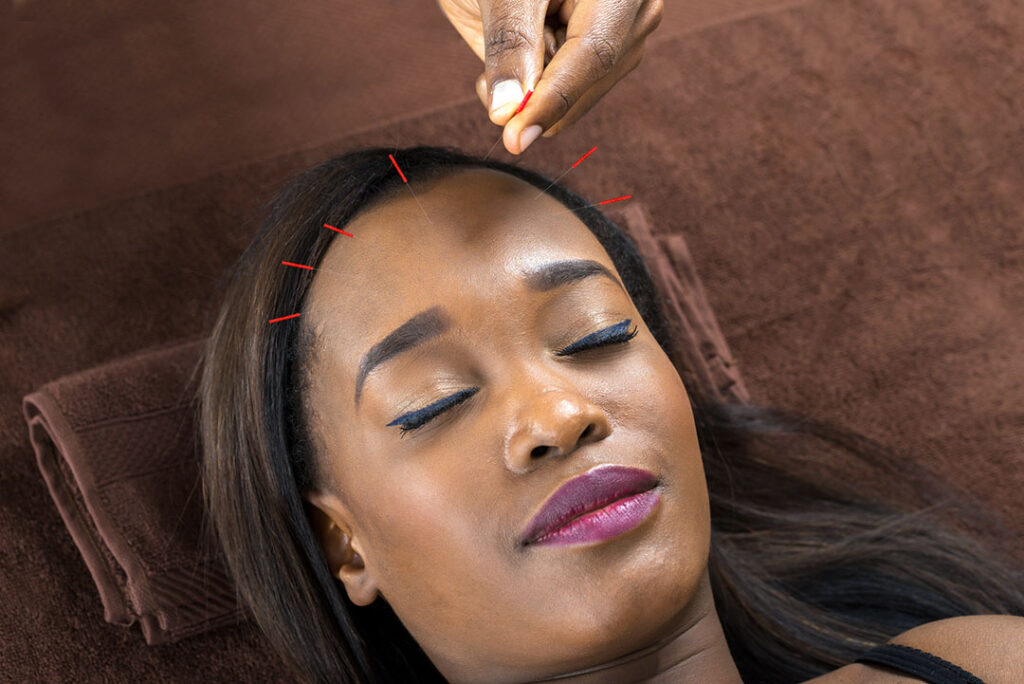 Acupuncture for Headaches & Migraines: How it Works

Acupuncture for Headaches & Migraines: How it Works

From tension headaches to full-blown migraines, head pain is one of the most common reasons people rely on over-the-counter painkillers or other pharmaceuticals just to get through the day. But what if you could find relief from your throbbing head – and get rid of... 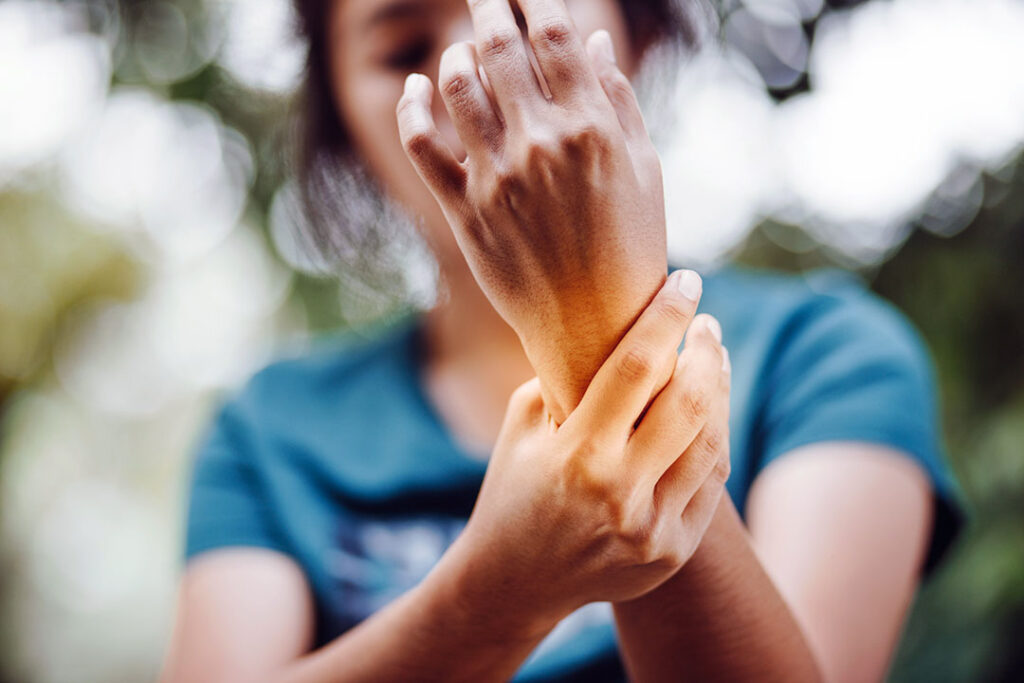 Is aching, tingling, or searing wrist pain keeping you from doing the activities you love (or need) to do? You might be suffering from carpal tunnel syndrome. Carpal tunnel syndrome is a common pain condition that limits your ability to use your wrist, hands, and... 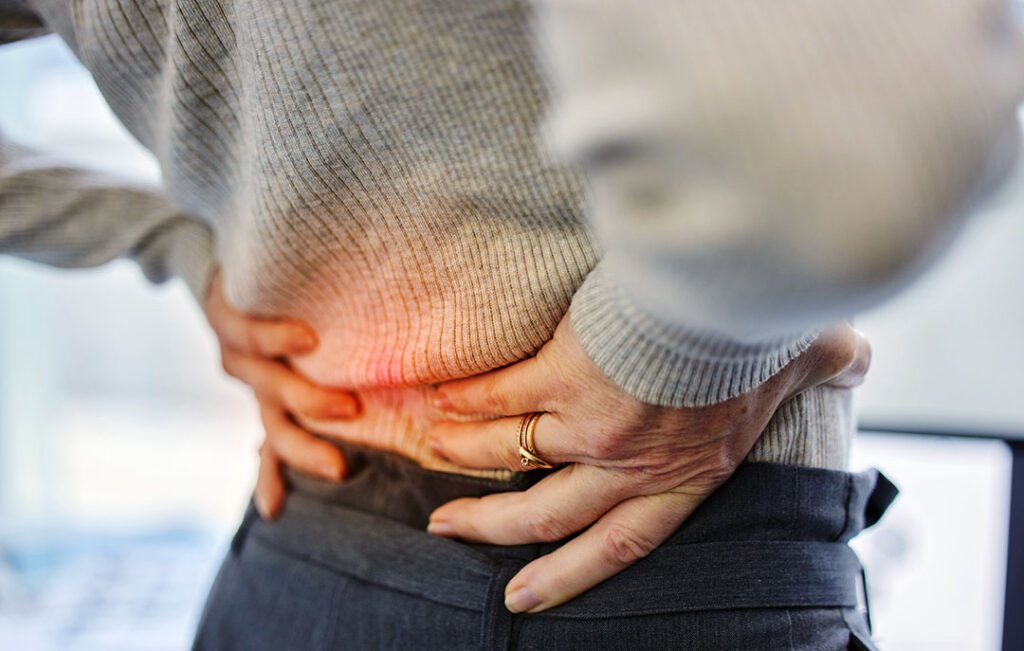 Little-Known Facts About Back Pain

Little-Known Facts About Back Pain

Sometimes, living with back pain doesn’t feel like living at all. Which is why it’s no surprise that back pain tops the charts as the most common reason people seek out chiropractic care.  We believe that solving the back pain crisis starts with understanding the...