Six Vegetables to Grow with Your Kids

You are here:
Posted by Kirk Patrick 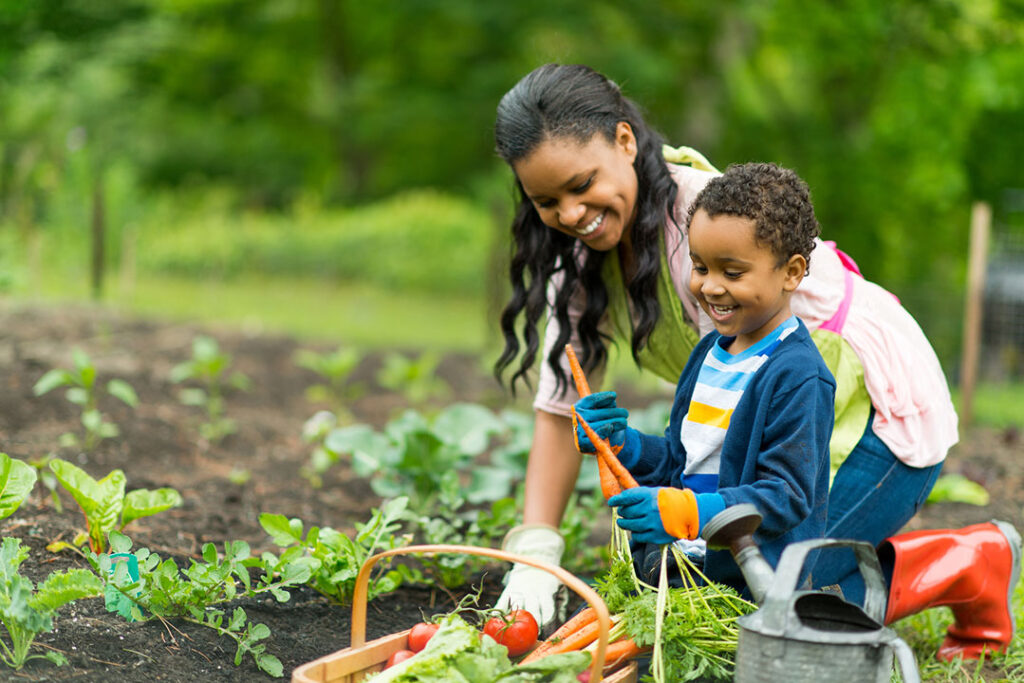 Looking for some vegetables to grow with your kids?  If so, you are probably looking for vegetables that will grow rapidly and without a lot of fuss.  Use these six fastest growing vegetables to make your and your children’s garden a summer success. They’ll typically reach maturity in ten weeks or less and have some amazing health benefits.

Quick 6 Vegetables to Grow with Your Kids

A creeping vine that roots in the ground and climbs trellises, Cucumbers are originally from India. Cucumber has three main varieties and hundreds of cultivars. Some cucumbers are grown to be eaten fresh (called slicers) while others are grown to be pickled (called picklers).  Cucumber contains Vitamin C, molybdenum, potassium and silica that improves the complexion.  Cucumber has soothing properties so it is often used to treat skin conditions such as dry scalp along with rheumatism.  Cucumber has antibacterial and anti-inflammatory properties.

An annual growing to a height of about 3 feet, radishes are cruciferous root vegetables popular worldwide.  Originally domesticated in Europe in pre-Roman times, radishes are believed to be native to southern Asia.  Available in many sizes and colors along with a variety of cultivation times, radish roots are unearthed in autumn.  Radishes contain vitamin C and raphanin from which a volatile oil can be produced. Radish contains cancer fighting glucosinolates, along with allyl isothiocynates (also found in mustard, horseradish and wasabi).  Radishes have antibiotic properties.

A sturdy vine that grows quickly, squash are believed to have been cultivated in Mesoamerica about 9,000 years ago.  Squash are high in vitamin A and C along with containing high amounts of beta-carotene, potassium, folate, and manganese. Varieties of squash include Acorn, Butternut, Hubbard, Pumpkin and Turban.   Squash are useful to treat lung inflammation. Squash has anticancer and anti-inflammatory properties.

An annual plant, peas are a cool season crop believed to come from the middle east up to 5000 years ago.  Green peas contain the antioxidant lutein, a carotenoid, along with vitamin C, iron and protein.  Peas help maintain good vision and treat macular degeneration and cataracts.  Peas help lower cholesterol and detoxify the liver.  Like other legumes such as lentils, peas contain phytate (phytic acid) that can cause digestive distress.  This acid can be removed by adding whey to the water and soaking the peas overnight.  This ferments the peas slightly and makes them more digestible.  Peas have antioxidant and anti-inflammatory properties.

5 Proven Ways to Reverse Osteoporosis + How to Strengthen Bones
April 27, 2022

How to Improve Your Posture for a Healthy Spine and Better Health
April 25, 2022

Understanding Nutrition Labels: What You Need to Know When Shopping for Food
April 19, 2022

Why You Should Track Macronutrients Not Calories for Weight Loss
April 15, 2022

Sculpt Your Shoulders for Summer
April 8, 2022

How Your Chiropractor Can Help You Get Relief from Sinusitis and Spring Allergies
March 22, 2022
Search Alignlife.com