We are surrounded by plastic, but there are several ways to reduce plastic exposure.  Even organic products  are wrapped in plastic, which is made from the same petrochemicals used in the fertilizers and pesticides that most choose organic to avoid in the first place.  Plastics contain powerful endocrine disruptors such as PCBs (Polychlorinated Biphenyls) and BPA (Bisphenol-A), which are not safe in any amount.  Plastics also do not biodegrade, so they contribute to landfill and water pollution.  There is a giant, swirling collection of plastic the size of Texas floating in the middle of the Pacific, known as the great pacific garbage patch.   Once you see this, you will want to reduce plastic exposure!

The following are ten tried and true methods to reduce plastic exposure for your own health and the health of the environment.

Scrape Plastic Residue off of Cheese

First and foremost to reduce plastic exposure, do not eat the plastic!  Plastic residues are often absorbed by foods that come into direct contact with them.  Consider the shiny residue that is normally found on cheese that was wrapped tightly in plastic.  Cheese makers will tell you that cheese wrapped in plastic for too long will have tarnished flavor.  It is important to scrape off the outer layer of plastic from cheese using the flat side of a butter knife.  Prefer cheese wheels in wax versus portions wrapped in plastic.

Scrape Plastic Residue off of Frozen Fish and Meat

While it is more obvious on the surface of cheese, meats and fish wrapped in plastic also have a shiny outer layer that can be scraped off.   This is easier to achieve when the meat or fish is still frozen, but can be done on thawed foods.  Just make sure to do it before cooking.

Switch from Cans to Glass Jars

Recent studies have shown that nearly 100% of canned foods contain BPA because cans are lined with a plastic liner, so giving up canned food will greatly reduce plastic exposure.  Eating too much canned foods gives many people the feeling of breathing plastic fumes (sort of a carbonated brain feeling).   It is a better choice to buy products in glass. This is especially important for tomato products, as they leach more plastic from can liners due to their acidity.  Products like tomato sauce, tomato puree, tomato paste, ketchup and salsa are each available in glass.  Many other foods such as mustard, olives, and peanut butter can also be found in glass jars.  Tea is another item that leaches plastic easily, so avoid brewed tea bottled in plastic.

Those building a storable food supply should still keep some canned foods as they resist moisture and radioactive fallout, and have a long shelf life.  Consuming a minimal amount of canned food in an emergency is acceptible.  When you do consume canned food, one way to reduce exposure at the expense of some flavor and nutrition is to strain the broth.  For certain items like beans this is acceptable.  For soups and tomato sauce it is usually not.

The safest cooking materials are cast-iron, stainless steel and tempered glass (Pyrex).   To reduce plastic exposure, avoid Teflon-coated anything and cookware coated with other substances that may be Teflon masquerading as something else.  Otherwise, the missing flakes of coating and pieces of melted utensils end up in your stomach and liver.

Avoid Microwaving or Boiling Foods in Plastic or Foil

It took a study by a young female middle-school student to expose what should have been obvious to the FDA from day one: microwaving foods in plastic containers essentially bakes in plastic residue (you are eating the plastic).  Super-heating plastic is a bad idea because it releases toxic gas when burned.   Remove foods wrapped in plastic containers and bake them in glass or heat them in a stainless steel pan on the stove top instead.   In general, all food cooked in a microwave should be avoided, as this method of cooking or heating destroys enzyme content and can even change the molecular structure of the food.

Many restaurants microwave certain side dishes behind the scenes, usually in plastic pouches.  If you hear lots of beeps coming from the kitchen, beware.  Be sure to ask your waiter or waitress whether the kitchen uses microwaves and ask if they can use the oven instead (they will likely be completely shocked or even annoyed that you consider it dangerous). The best kitchens are open for patrons to see, such as pizzerias with a hearth oven.

Store Leftovers in Reusable Glass Jars instead of Plastic Wrap

Mason jars and/or recycled glass food jars are preferable to plastic wraps and plastic bags for storing leftovers or lunches.  When reusing jars, be sure to sterilize them using apple cider vinegar.  Simply add a small amount to the jar, put the lid on and shake well.  Then pour the liquid out.

Wax-paper and paper bags can substitute in many situations where plastic is normally used, such as wrapping sandwiches, lunches, or for take-home portions for dinner guests.  A small piece of masking tape is often required since wax paper does not cling as well as plastic.  In many cases it can simply folded on the end.

One of the main reasons that hemp was outlawed in the 1930’s was because it was about to be industrialized.  This would have allowed hemp-oil based plastics that would naturally biodegrade and which would be non-toxic.  The oil, plastic and paper industries (along with most industries in general) did not like this crop that grows in all 50 states without pesticide and which improves topsoil.

Fortunately, some companies are now producing much safer versions of plastic that do indeed biodegrade.  These are based on plant oil and are called Bioplastics. 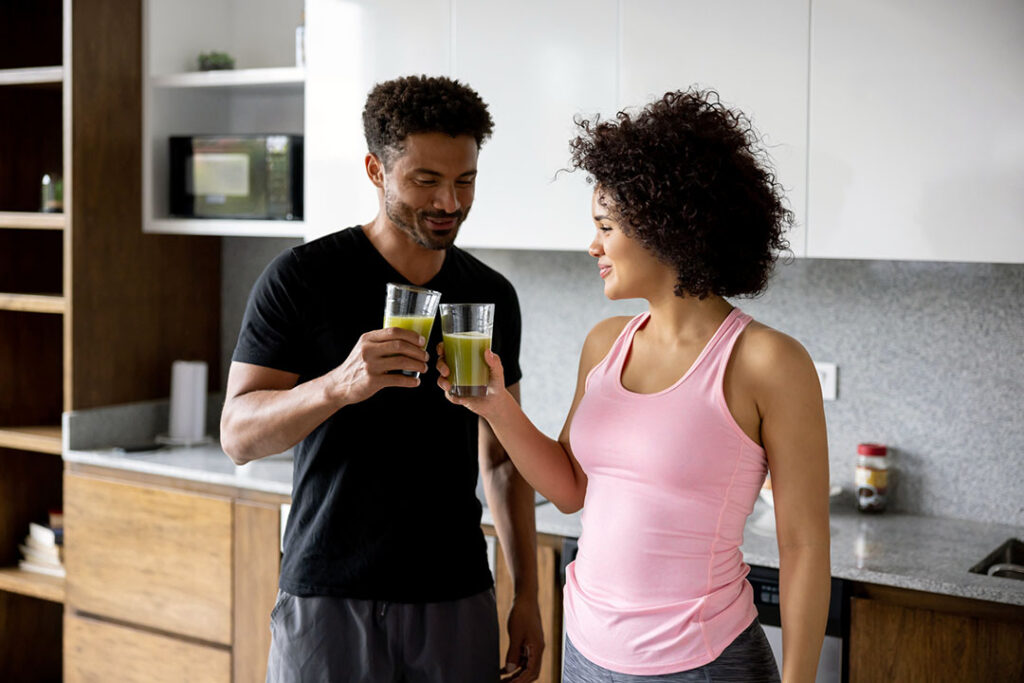