Bipolar disorder, also known as manic-depressive disorder, is an illness characterized by two components of mood: extreme highs and extreme lows. It is a disease that can incapacitate a person’s life, leaving them with a feeling of hopelessness and helplessness. Bipolar disorder has become a household term because it affects 5.7 million Americans. The causes of bipolar disorder are not completely understood, but it is thought that lack of proper nutrition may play a part in the growing number of people suffering from this condition. Therefore, supplying the body with proper nutrients and supplements may provide important help in correcting this disorder.

Although we all experience ups and downs due to everyday stress, they are nothing compared to the ups and downs that a person with a bipolar disorder experiences. The up is called the manic phase in which the person experiences almost a wild euphoria, sometimes causing them to behave irresponsibly and take significant risks. Those in the manic phase of the disease may experience feelings of elation, coupled with over inflated self esteem. This is a time when they think the world is at their feet and nothing is impossible. Other manic symptoms are irritability, decreased need for sleep, rapid speech, increased libido, delusions, and the inability to focus on a specific task.
The other side of the coin, the depressive phase, eventually surfaces. During this phase, a person can experience the deepest pit of depression. The depressive phase presents itself with loss of energy, sadness, loss of interest in activities, significant changes in appetite, difficulty in sleeping or oversleeping, feelings of guilt and worthlessness, and suicidal thoughts.
These highs and lows can range from mild to extreme. They may come on slowly over a period of time, or they can surface within a matter of hours. A bipolar disorder can cause behavior extreme enough that it may be impossible for a person to function in society. It affects family, work, and social relationships. As a likely result of the depression and extreme mood swings, as many as one in five people with bipolar disorder commit suicide.
The causes of a bipolar disorder are thought to be both physical and emotional. Some studies suggest that high or low levels of serotonin, norepinephrine, or dopamine are among the chief causes. Another cause could be imbalanced hormones, and stress triggers are thought to be a third cause.
In addressing a bipolar disorder, just as with any other health condition, diet is crucial. It is important to give the body the proper nutrients it needs. Oftentimes, poor nutrition is at least partly responsible for an impending condition. It is thought that the decreasing amounts of vitamins and minerals in our food supply and the standard American diet are responsible for the increasing numbers of people diagnosed as bipolar.
Removing unhealthy foods and stimulants that can aggravate symptoms should be a priority. Sugar and caffeine are irritants which can contribute to manic episodes. Alcohol, a depressant in its own right, can contribute to depressive episodes. Removing these from one’s diet may improve or eliminate these symptoms.
Processed foods should be eliminated. Not only have they been altered from their natural state, but they also contain harmful chemical additives that aggravate manic depressive symptoms, together with contributing to poor health.
L-tyrosine is an amino acid that the body uses for the production of the neurotransmitter serotonin which has been found to lessen the symptoms of bipolar disorder. Low levels of l-tyrosine can result in serotonin levels low enough to cause depression. L-tyrosine levels can be increased by eating dairy products, fish, meats, wheat, and oats.  It is also available as a supplement.
Carbohydrates are an essential energy source for the body. However, unhealthy carbohydrates will only result in too much sugar, causing those very mood swings you are trying so hard to prevent. Healthy carbohydrates can be found in fruits, vegetables and whole grains. Foods containing healthy carbs include apples, oranges, peaches, grapefruit, carrots, brussels sprouts, beans and lentils, and whole wheat bread. Exercise caution when buying products such as bread. Many that say they are whole wheat are nothing of the sort. Read the ingredients and make sure that it is 100% whole wheat and that it does not contain enriched or bleached flour.  Sprouted bread is the best choice.
Drugs used to treat bipolar disorder come with serious side effects. There are natural effective remedies that are also less costly. Here are some of the best ones:
* Lithium orotate, a natural alternative to the normally prescribed lithium carbonate or lithium citrate, helps to control manic symptoms. This type of lithium releases an orotate ion into the bloodstream and brain instead of a carbonated ion. It has the same benefits as prescription lithium carbonate but without the side effects. Another advantage in taking lithium orotate is that lesser amounts are needed to create the higher blood levels needed to obtain the desired effect. The reason that lesser amounts are needed is because prescription lithium is poorly absorbed by cells, necessitating higher amounts for a satisfactory therapeutic effect. Unfortunately, these higher amounts cause blood levels to be so high that they border on toxicity. Additionally, prescription lithium can affect thyroid and kidney function.
* Omega 3 fatty acids have been shown to decrease the incidence of manic episodes while prolonging the intervals between episodes. Omega 3 fatty acids can be found in fatty cold water fish and in the form of supplements. Careful attention should be given in ensuring that these supplements are of a high quality and natural, not synthetic and petroleum based. Another excellent source of Omega 3’s is flaxseed and flaxseed oil.
* Supplementing with magnesium is very important. A magnesium deficiency can lead to emotional, mental, and nervous disorders. Additionally, it is estimated that as many as 90 to 95% of Americans are deficient in this critical mineral. It is important to note that calcium and magnesium act synergistically in the body. When supplementing with calcium and magnesium one should do so at a ratio of 2:1 calcium to magnesium.
* A deficiency in vitamin B12 has also been linked to bipolar disorder.
* Choline has been shown to be beneficial in addressing bipolar disease, particularly when taking lithium. Choline also helps raise magnesium levels in the body.
Other supplements effective in treating bipolar disorder are B-complex vitamins, folic acid, and vitamin C.
Proper nutrition together with key nutritional supplements can go a long way in helping someone suffering from a bipolar disorder.
Sources:
http://bipolar.about.com/cs/bpbasic…
http://www.webmd.com/bipolar-disord…
http://www.webmd.com/bipolar-disorder/bipolar-disorder-lithium

Most of us have our go-to supplements or multivitamins claiming space in our cabinets. After all, it’s common knowledge that they can help boost our health. Calcium and vitamin D build strong bones. Vitamin C fights off germs and illnesses. Fish oil or omega-3s... 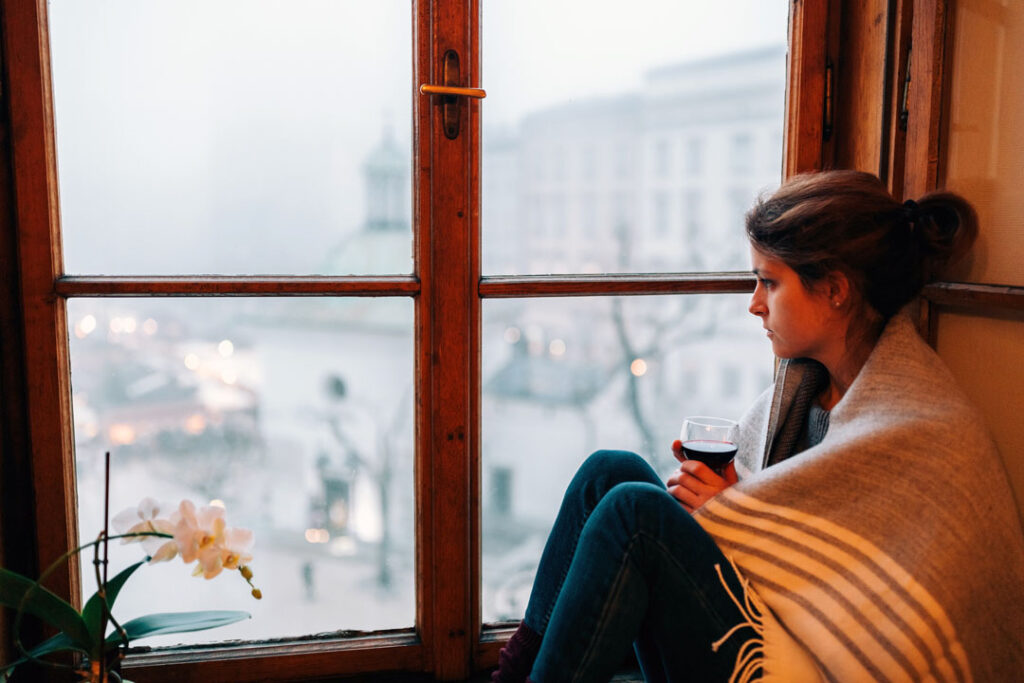 If you’re feeling more gloomy than usual, you’re not alone - winter blues (or seasonal depression) is a real thing! Shorter days, the lack of sunlight, and colder temperatures can make anyone feel dull, unmotivated, and you guessed it... depressed. Whether you’ve...