Ear Infection or Ear Inflammation? The True Reason Behind Earaches in Kids 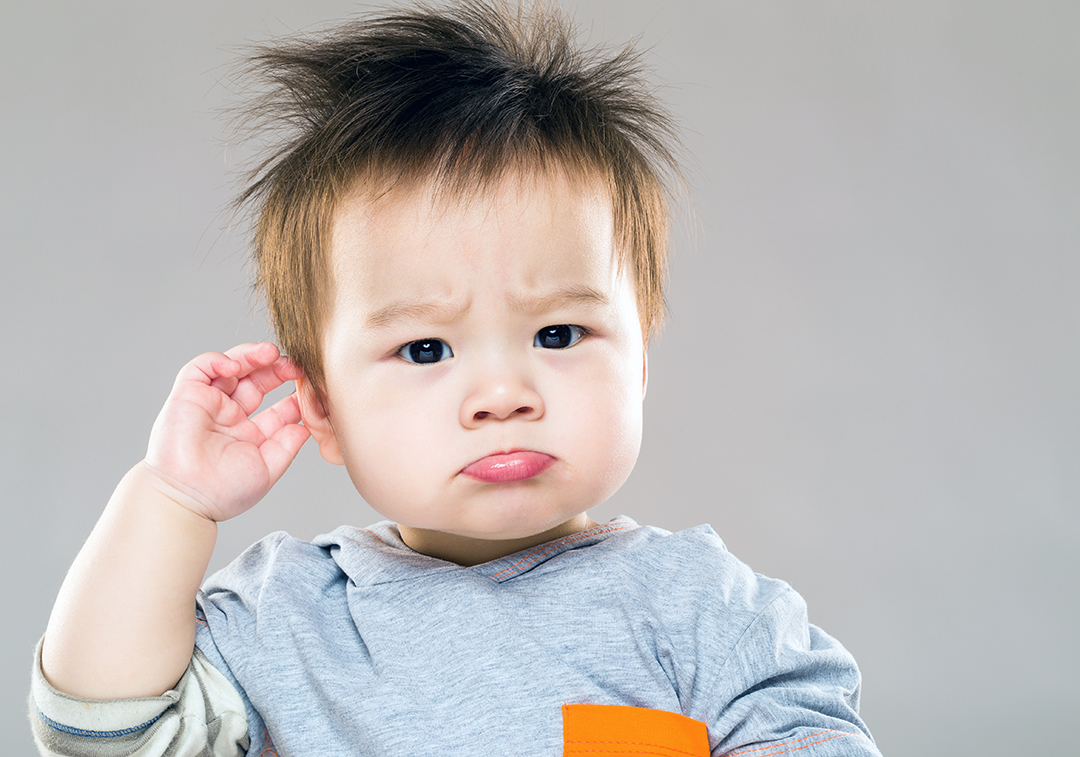 Uh oh…. you spot your child tugging at his or her ear. It’s the tell-tale sign many parents dread. Your kid has an earache. Cue a series of whiny days, sleepless nights (for both of you), and a trip to the doctor, right? If you’ve gone through one or multiple earaches or ear infections with your kids, you’re not alone.

According to the National Institutes of Health, five out of six children will have at least one ear infection before turning 3 years old. In fact, earaches are one of the top reasons parents take their children to the doctor – especially when colds and seasonal allergies kick in full force.

Thankfully, chiropractic offers an effective, natural alternative to antibiotics and ear tubes! Let’s take a look at how earaches develop, some common symptoms, and some steps you can take to get relief.

Why and how earaches develop?

If your child suffers from seasonal allergies (or they have had a cold or the flu recently), they might be at greater risk of developing earaches and ear infections. 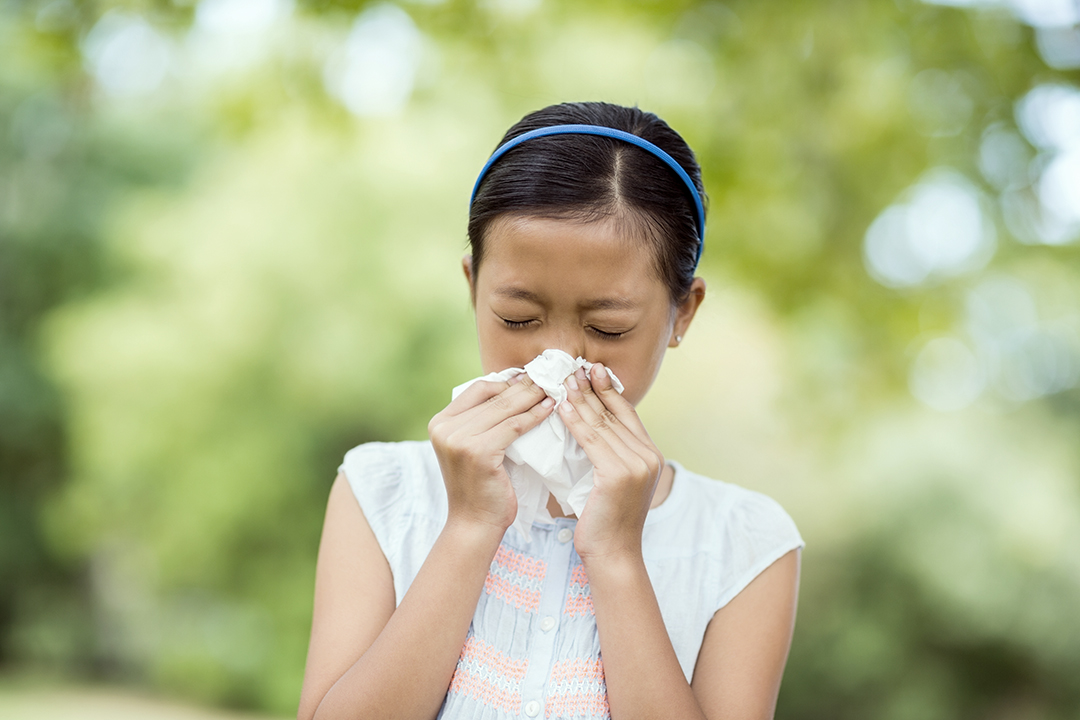 When pollen counts are high, allergic reactions to irritants (and the release of histamines) set the stage for a budding earache. The culprit behind this? Increased inflammation.

Earaches develop when the tissue lining the middle ear or Eustachian tube swells and can’t properly drain. When this fluid builds up in the middle ear, it puts pressure on the eardrum and can result in an earache. If the fluid isn’t drained (and it is caused by bacteria or a virus), this is when ear infections can happen. However, it’s important to note that not all earaches are ear infections.

In most cases, ear infection symptoms come on quickly and can include any of the following:

How earaches are typically treated 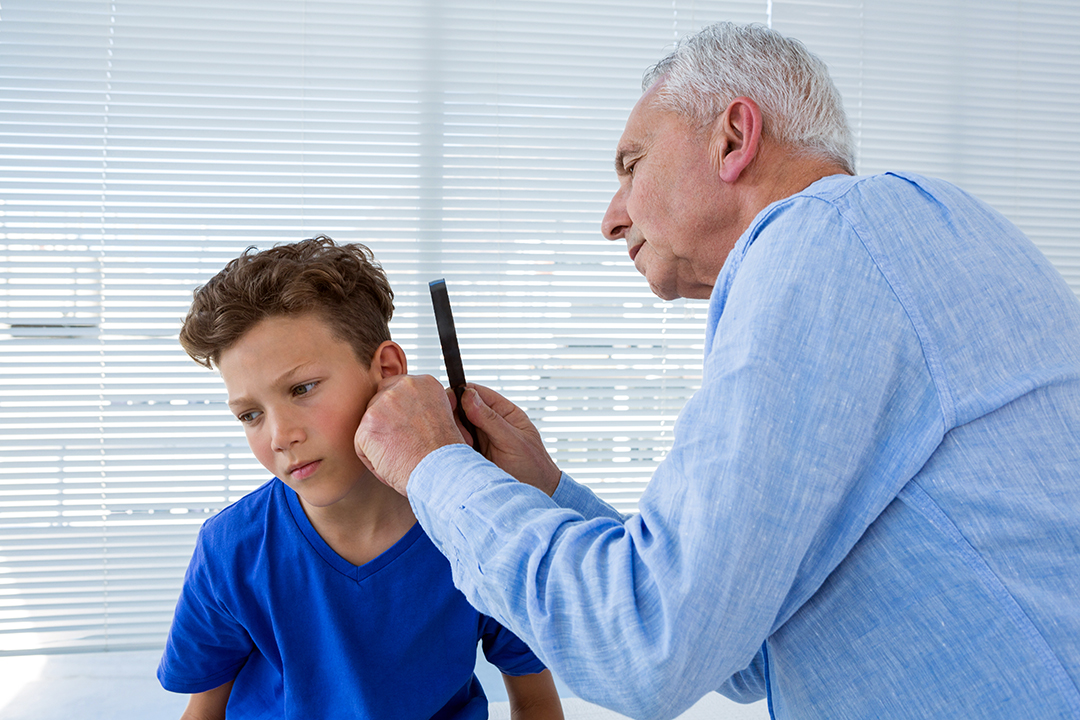 Why you shouldn’t rush to take antibiotics for ear infections

The primary reason you shouldn’t use antibiotics for an ear infection is that antibiotic use leads to resistant bacteria. Antibiotics are never able to kill all the bacteria involved in ear infections. Instead, they reduce them to a number that is hopefully manageable by the child’s immune system.  Bacteria evolve quickly, and random mutations may cause one or two of those that remain to have a gene that protects against an antibiotic. The descendants of these mutated bacteria will have developed antibiotic resistance and will be resistant or even immune to that particular antibiotic drug. Superbugs are bacteria that have become resistant to multiple antibiotics.  They are extremely difficult to kill because antibiotics are useless against them.

Another reason you shouldn’t jump straight to antibiotics for ear infections is that many earaches are often not even caused by bacteria but inflammation instead. To understand this better, let’s look at the proper medical term for what most people refer to as an ear infection: Otitis Media. If you break down this term, you have “oto” meaning ear, “itis” meaning inflammation and “media” which means middle.   So it appears as if this irritation is not an infection at all. Rather it is an inflammation! This explains why up to 70 percent of children with middle ear “infections” do not respond to antibiotics. The middle ear fluid often contains no harmful bacteria!

Antibiotics also damage the friendly bacteria found in your body, particularly the bacteria found in your digestive tract. When you give a child antibiotics during the first year of life, damage can occur to the lining in your child’s gut, which can allow undigested foods to transfer from the gut to the blood prematurely. This causes the body’s immune system to attack the undigested food as if it were an infection.  This immune reaction creates a massive cascade, shifting the child’s innate healthy immune system into a paranoid hyper-responsive immune system.  As kids that have high exposure to antibiotics grow up, they also become candidates for chronic fatigue, irritable bowel syndrome, fibromyalgia, depression, anxiety, and numerous other conditions conventionally managed with a drug cocktail of antidepressants, sleeping pills, digestive aids, caffeine, and excessive sugar consumption.

Are “tubes in the ear” a better option?

Tympanostomy, or the insertion of tubes in the eardrum, has become increasingly popular in managing recurrent or chronic ear infections. According to recent estimates, tympanostomy is performed on more than 667,000 children younger than 15 each year. However, membrane scarring with membrane thickening has been found to occur in over 40 percent of children receiving tubes compared with zero percent in those not receiving tubes.   It is also fairly common for children to reject the tubes prematurely as soon as 4-7 months after the surgery. Typically fluid will begin to accumulate in the middle ear after the rejection of the tubes.   Up to 75 percent of the cases where the tubes have been rejected and fluid begins to accumulate, a second surgery is required to replace them.

The real cause of ear infections

So if the cause of ear “infection” is typically not bacteria, what could be the cause? Many cases of chronic middle ear infection, even those with eardrum perforation, are due to allergy.  In many children, it is allergies that cause the chronic buildup of a viscous and mucous fluid in the middle ear. 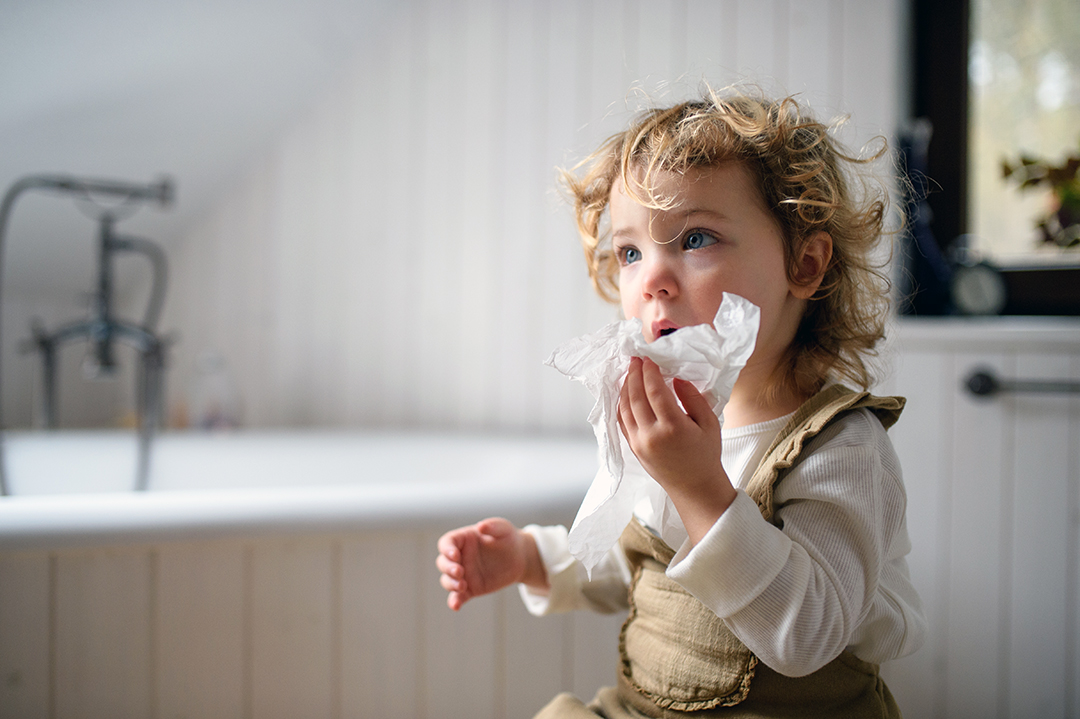 Cow’s milk and other dairy products prove to be the most common contributor to childhood ear infections. Ironically it is often the foods that children eat the most and crave that they are allergic to. Children appear to be at a higher risk of developing food allergies when they have not been breastfed and when they have used antibiotics, which have eradicated all the beneficial intestinal bacteria needed for proper digestive and immune function.

More and more parents are beginning to look to chiropractors to complement their children’s health care. Chiropractic care is an extremely effective, non-evasive treatment for ear infections. In a study of 46 children with ear infections, aged 5 and under, chiropractic care showed a 93 percent improvement; 75 percent improvement was seen in 10 days or fewer and 43 percent with only one or two treatments. Consequently, those cases that got the quickest response reported no previous use of antibiotics.7

How chiropractic care can help your child with ear infections

During the birthing process, the cervical vertebrae can become misaligned, causing a disruption of nerve function that can impact the muscle attachments to the Eustachian tubes. This can lead to fluid build-up in the middle ear due to the angle of the tubes. For those parents who have hesitation in bringing their baby to receive a chiropractic adjustment, it is important to know that adjustments given to babies consist of a very light force thrust. Often, it only requires sustained contact to the appropriate vertebrae. 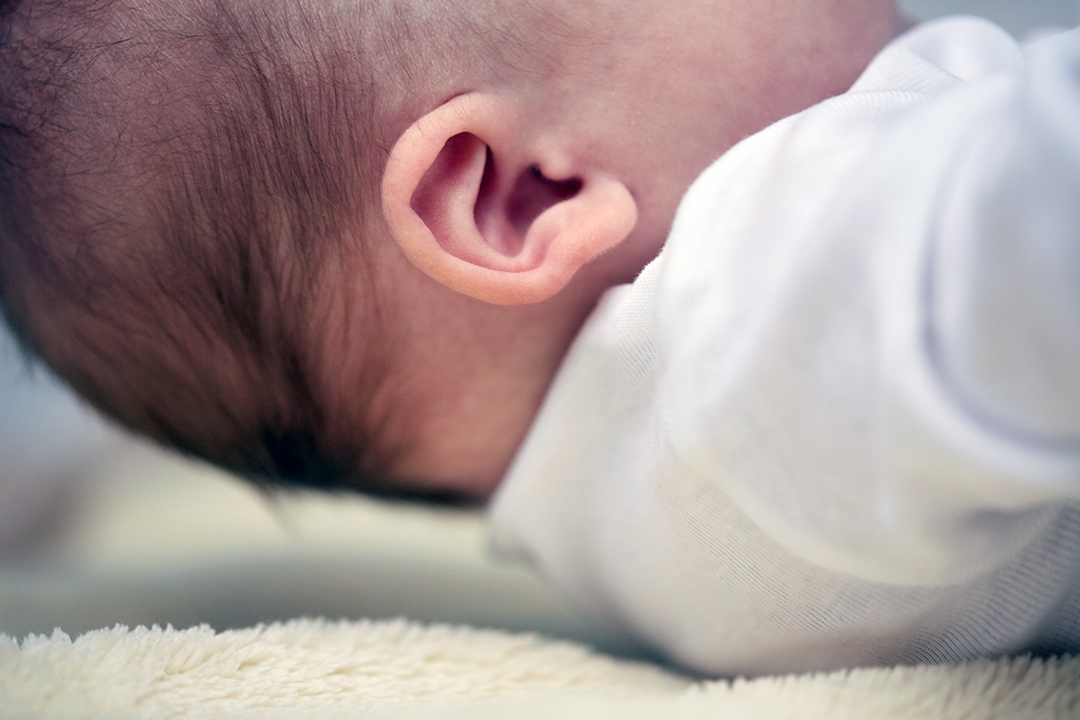 Because Otitis Media is indeed an inflammation, anti-inflammatory nutrients such as Omega 3 Fatty Acids can be extremely effective. Omega 3 Plus helps to eliminate the inflammatory response of the Eustachian tubes, which allows for proper drainage of the middle ear. If you do choose to give your child an antibiotic, we highly recommend you follow that up by giving them a good quality probiotic like Ultrabiotic from Aceva. Because antibiotics destroy the good bacterial lining of the intestines, the probiotic is needed to begin to rebuild the intestinal lining of good bacteria in order to maintain proper digestive and immune function.

Making the right decisions for the health of a child can be challenging. Research show following three-step approach to ear infections is most effective:

To learn more about how chiropractic can help you or your child with earaches and ear infections, contact your local AlignLife Clinic today. 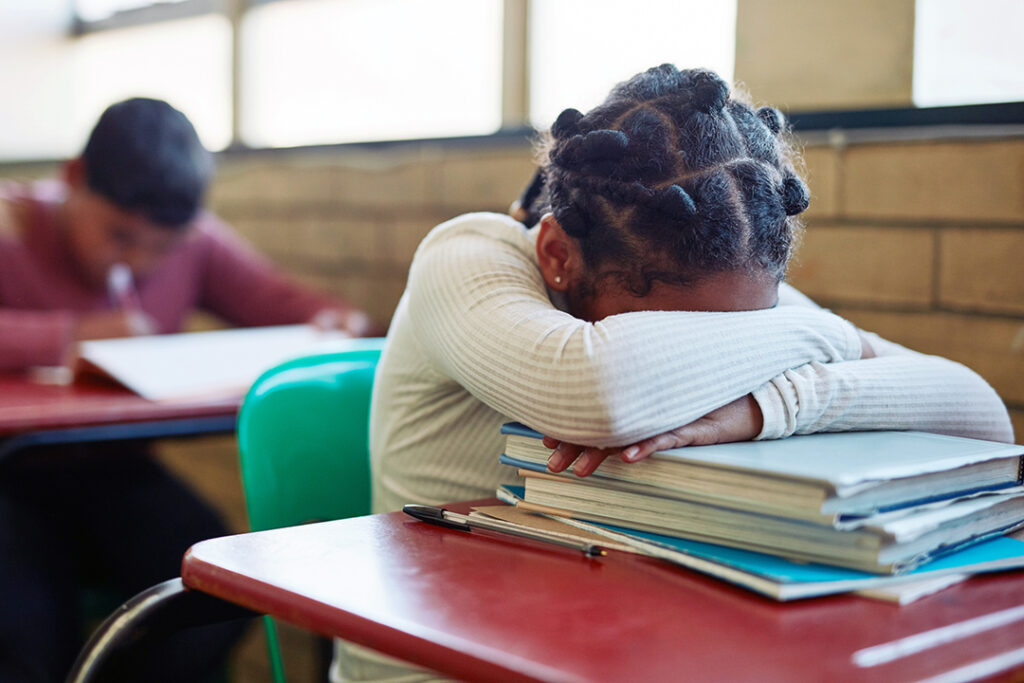 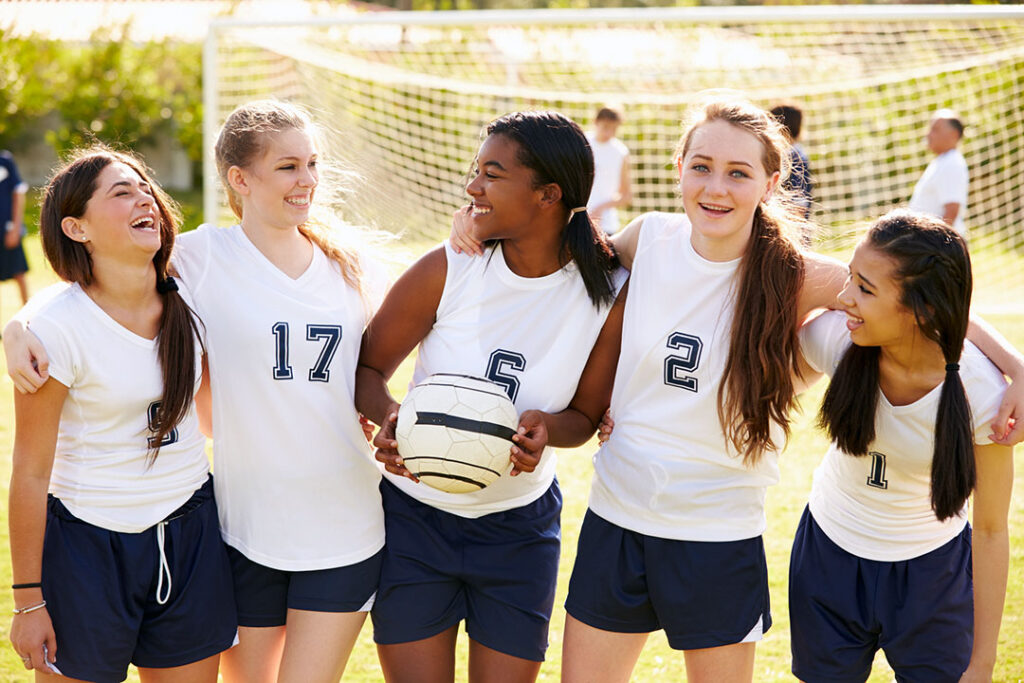