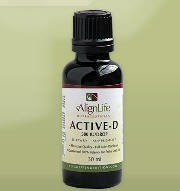 There has been significant press in the last couple of years about the deficiency of Vitamin D plaguing our society, and some scholars claim we have reached epidemic levels of deficiency. Unfortunately, many American medical organizations deny the seriousness of this and oppose Vitamin D as an adjunct to the treatment of chronic disease, including heart disease and cancer, regardless of the mounting evidence of its effectiveness.

This opposition by conventional medicine is nothing new. History has shown that it takes about 25 years for a treatment that produces positive results in clinical trials to catch on in the conventional practice of medicine. This was evident in the case of the utilization of folic acid during pregnancy. In 1975 there was ample clinical evidence that women supplementing with folic acid during pregnancy could prevent certain birth defects in their children(1).

During the two decades it took medicine to accept folic acid during pregnancy as public policy, thousands upon thousands of children were born with severe defects that could have been prevented.

On the other hand, it is interesting that the FDA is willing to approve a synthetic chemical as a safe medication in less than a decade, while nutrient acceptance can take 2.5 times as long.

I hope to provide enough clarity, research and interest in Vitamin D in this short article to encourage you to take action before public policy catches up with the overwhelming clinical evidence.

THE COSTS OF DEFICIENCY

A study published in 2008 showed that men with low Vitamin D levels suffered 2.42 times more heart attacks(2) than those with adequate levels.

To show you the magnitude of financial liability that occurs from maintaining a Vitamin D deficient society, we extrapolated average heart disease expense data from the American Heart Association(3) in correlation with the 2008 study noted above.  We found that improving Vitamin D status would reduce health care costs by approximately $89.4 billion in regards to heart disease alone! This does not include the significant effects Vitamin D has on other chronic diseases such as obesity, diabetes, cancer, multiple sclerosis and many others.  Vitamin D deficiency is clearly having a profound effect on our society in regards to overall health and is creating economic strain.

Over 5,000 research studies concerning Vitamin D and over seventeen different cancers are being studied.

Research being done on these conditions, and their correlation to Vitamin D deficiency is profound. The following three short research excerpts should provide you with a window into the exciting research that is available about chronic disease and Vitamin D.

• Research has shown that diabetes occurs more commonly in individuals with low Vitamin D levels. Vitamin D has been shown to stabilize blood sugar when at optimal levels (4,5).

• Vitamin D has been shown to significantly lower systolic blood pressure due to its effects on the blood pressure-related hormone rennin (6).

There are numerous ways to determine deficiency states of Vitamin D. The most common and accurate method is to do a blood test for 25(OH)D.

The lower acceptable limits of 25(OH)D levels vary within the 20-37 nml/L range, and optimal level is in the 60-75 nml/L range. It is important to retest after 90 days of supplementation to ensure proper dosing.

According to the Vitamin D Council, it is recommended that adults take a minimum of 5,000 IU per day with retesting done in 90 days (9).

According to Dr. Carnell at the Council on Vitamin D, infants and children under the age of one should obtain a total of 1,000 IU (25 mcg) per day from their formula, sun exposure, or supplements. Children over the age of 1 year should take 1,000 IU per every 25 pounds of body weight per day, depending on latitude of residence, skin pigmentation, and sun exposure (10).

Cutting edge research on Vitamin D has recently helped overturn guilty verdicts in child abuse cases where parents are convicted of physically abusing a child due to the presence of multiple fractures. In these particular cases, the fractures were not caused from parental abuse but from the child’s deficiency of Vitamin D creating brittle bones more prone to fracture. The profound reality of those court cases showcases the extent of medical ignorance present in regards to Vitamin D deficiency.

I would like to leave you with a very important clinical consideration on the topic of Vitamin D – the growing number of Vitamin D deficient children. In addition to taking note of the previous dose recommendations for children from Dr. Carnell, it is important to be aware of the cascade which sets the stage for the early developmental deficiencies in Vitamin D.

First and foremost, a pregnant woman is usually covered up from the sun because showing her skin is the last thing she wants to do after gaining weight from her pregnancy.  As a result, she does not get the natural dose of Vitamin D from the sun that she needs to be able to pass adequate amounts of Vitamin D on to her growing fetus.

Although 92% of pregnant women take prenatal vitamins, a shocking 40% of white women and an overwhelming 54% of black women have insufficient levels of Vitamin D during pregnancy(11).

After children are born they are “protected” from receiving sun exposure during the first couple of years of life, further robbing them of Vitamin D. When there is any chance of exposure, children are usually dipped in copious amounts of chemical sunscreen which causes a dramatic reduction in Vitamin D production.

Children are either breastfed by Vitamin D deficient mothers or take formula which is deficient in Vitamin D, further perpetuating the epidemic of Vitamin D insufficiency in both children and adults.