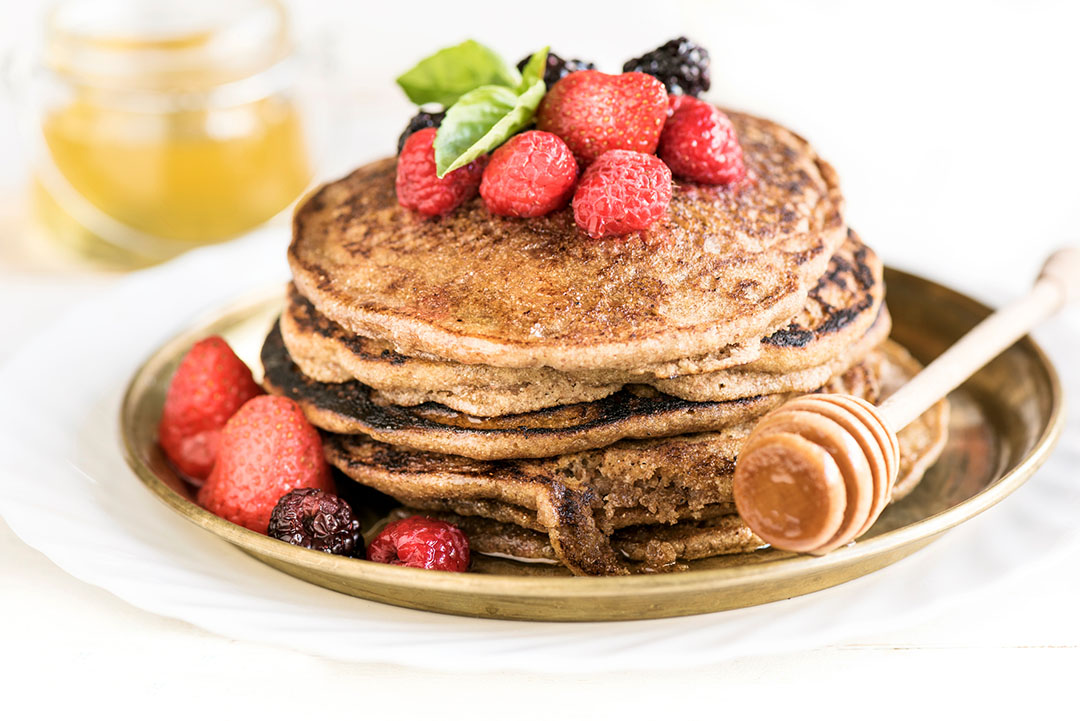 Is today’s wheat making you gain weight?  The genetically altered wheat of today acts as an opiate in our bodies. This can cause anyone who eats it on a regular basis to pack in an extra 440 calories a day. That’s why going gluten-free may be a good choice for you! Keep reading to find out why and for a delicious buckwheat pancake recipe that lets you enjoy a classic favorite without the wheat!

Why buckwheat is good for weight loss and weight management

Wheat is the foundation of many of the traditional goodies loved by almost everyone. And while giving it up may seem like a daunting (and restrictive) task, the good news is that many of your favorites can be made with buckwheat flour. Buckwheat flour is a versatile flour that, despite its name, contains absolutely no wheat!

When you substitute buckwheat for real wheat, you get more than relief from wheat belly or belly bloat. You also get a healthy boost in your daily nutrition. Buckwheat is an ancient grain that has survived through history in its original state with all of its nutritional value intact.

Buckwheat is a gluten-free complete protein

Although most people think of buckwheat as being a grain, it is technically a fruit seed related to rhubarb and sorrel. Buckwheat has been grown in America since the colonial days. In fact, it was a common food on tables in the northeast and north central U.S. before being replaced by nutrient-poor grains such as wheat.

Although buckwheat has the look, feel, taste, and versatility of grain, it contains no gluten. What it does contain is a full spectrum of essential amino acids, making it one of the few vegetarian sources of complete protein that equals the protein of fish or meat in quality.

Buckwheat has a rich nutty flavor that complements many dishes. Pure buckwheat flour can replace processed white flour almost across the board, and other forms of buckwheat can replace meat in many recipes. Buckwheat is available as flour, and also as groats and kasha, forms that can replace cereal grains.

How to Buy Buckwheat 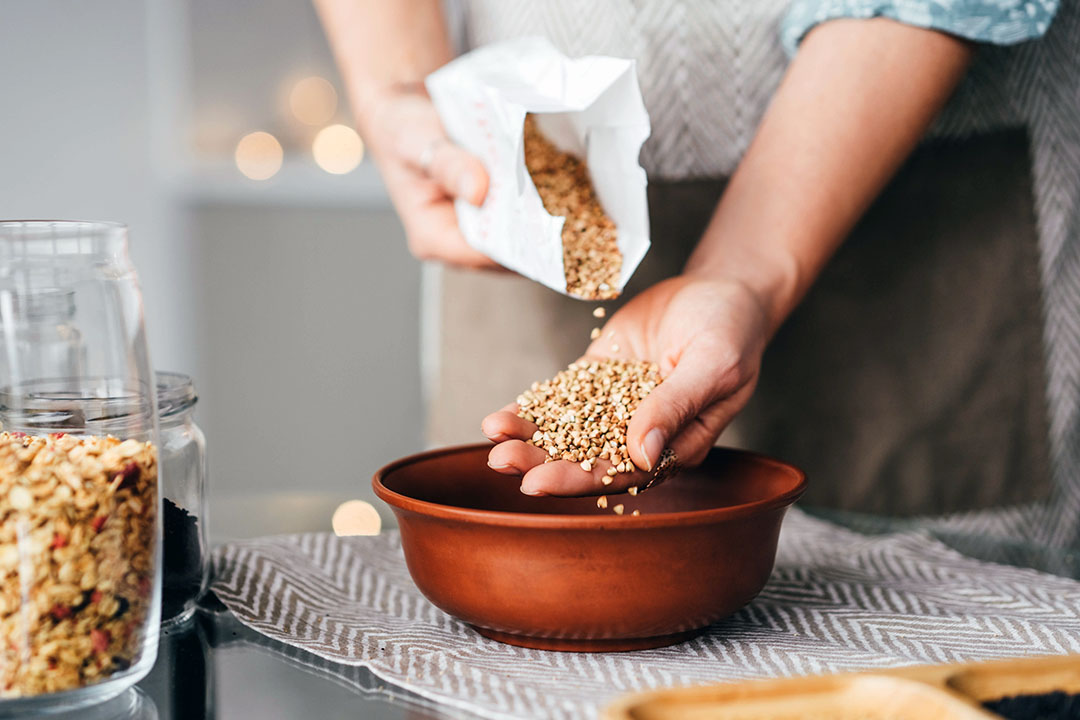 Scientists have found that the phenols in buckwheat equal those of fruits and vegetables. Studies show populations eating diets high in fiber-rich whole grains consistently have lower risks of colon cancer, while studies concentrating on fiber alone have produced inconsistent results. Studies focused only on fiber have not taken into account the interactive effects and the complete nutrient picture in whole grains.

Friendly bacteria normally inhabit the digestive tract in massive numbers. They are the backbone of the immune system. Their purpose is to help defend the body against harmful microorganisms and provide protection against foodborne illnesses as well as other illnesses. Friendly bacteria also assist with digestion and make valuable nutrients available for use. This includes some of the B vitamins, omega-3 fatty acids, and digestive enzymes such as lactase.

The ecosystem of the digestive tract is fragile and easily disturbed.  Antiobiotics, steroid drugs like cortisone or prednisone, birth control pills, poor nutrition, chlorinated water, and even the pesticides in foods can all create havoc in your gut. Thankfully, eating buckwheat can help restore the balance!  Research has shown that eating buckwheat can significantly increase the number of friendly bacteria in the digestive tract, giving your immune system a healthy boost!

Buckwheat has been shown to help control blood sugar in a study reported by The Worlds Healthiest Foods. In a test comparing the effects on blood sugar of whole buckwheat groats to bread made from refined wheat flour, the groats significantly lowered blood glucose and insulin responses. Whole buckwheat scored highest in the ability to satisfy hunger.

Buckwheat is a rich source of magnesium, a mineral that acts as a co-factor for more than 300 enzymes including those involved in the body’s use of glucose and insulin secretion. Women who ate the most foods high in magnesium had a 24 percent lower risk of diabetes compared to women who ate the least.

The ability of buckwheat to lower the insulin response also helps it prevent and reduce obesity and gallstones. Its insoluble fiber not only speeds intestinal transit time, but reduces the secretion of bile acids which contribute to gallstone formation.

4) Buckwheat is high in flavonoids

Some of buckwheat’s beneficial effects are due to its rich supply of the flavonoid rutin. Flavonoids are phyonutrients that protect against disease by extending the action of vitamin C, and by acting as antioxidants on their own. The lipid-lowering activity of buckwheat is largely due to these compounds. They help maintain blood flow, keep platelets from excessive clotting, and protect LDL cholesterol from free radical oxidation. Each of these activities adds to heart health.

Want more nutrition tips and healthy recipes like this?

Schedule a visit with your AlignLife chiropractor about what you can do to help fill in any nutrition gaps you may have, plus check out our library of healthy recipes here!